WAS MICHAEL HASTINGS' DEATH IN LOS ANGELES AN ASSASSINATION? 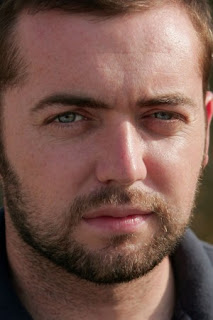 The ancient and tyrannical power, the despotism beginning to take its distinct shape again, depends most of all on a climate of fear, which it hopes to sustain. With the uncertainty and edge of chaos, the psychological element is more suitable to its success than the occasional act of domestic terror. But if it reaches out destructively to kill a persistent journalist, and does so as brazenly as it seems to have done; then we have fallen a long way down, indeed, into the well of fascism.

By one eyewitness account, the engine of Michael Hastings' Mercedes coupe landed 100 feet from the shredded, burned wreckage of his car. Friends of Hastings disclosed that the brilliant writer and journalist typically drove his car "like a grandma". He let a close friend know that he would soon be breaking the biggest story of his career, concerning the CIA.

How did his life end as it did, along the narrow lanes of an LA park, in the darkness among the palm trees, at around 4:00 AM?...
burned to death like that in the wee hours of the morning?

Hastings was only 33 years old.

His talent and his willingness to break with journalistic conventions brought him to well-deserved public recognition, for the interview he did with Gen. Stanley McChrystal, then the NATO commander in charge of Afghanistan, who eventually had to resign his command, when the interview published in Rolling Stone Magazine revealed the general's contempt and disdain for civilian authority.

The last published article by Hastings, appearing in Buzz Feed on June 6th, Why Democrats Love To Spy On Americans, examined the White House obsession with surveillance and with prosecuting whistleblowers.


The very topic of Democratic two-facedness on civil liberties is one of the most important issues that [Glenn] Greenwald has covered. Many of those Dems — including the sitting President Barack Obama, Senator Carl Levin, and Sec. State John Kerry — have now become the stewards and enhancers of programs that appear to dwarf any of the spying scandals that broke during the Bush years, the very same scandals they used as wedge issues to win elections in the Congressional elections 2006 and the presidential primary of 2007-2008. [...]

Unsurprisingly, the White House has dug in, calling their North Korea-esque tools “essential” to stop terrorism, and loathe to give up the political edge they’ve seized for Democrats on national security issues under Obama’s leadership. The AP spying scandal — which the administration attempted to downplay at the time, even appointing Eric Holder to lead his own investigation into himself —was one of the unexpected consequences of one of two leak investigations that Obama ordered during the 2012 campaign.

It’s unclear where a possible third leak investigation would lead. However, judging by the DOJ’s and FBI’s recent history, it would seem that any new leak case would involve obtaining the phone records of reporters at the Guardian, the Washington Post, employees at various agencies who would have had access to the leaked material, as well as politicians and staffers in Congress—records, we now can safely posit, they already have unchecked and full access to.

Later this month, Hastings confided to a friend, by e-mail, that he felt he was being pursued, that "the feds were interviewing his friends and associates".  Much that has happened in the last few weeks seems to be punctuated by this man's death. The extent to which government intelligence services spy on journalists now, on the Associated Press, is a rude awakening for Americans. And what's more, Edward Snowden, the whistleblower, whose disclosures only emphasize the significance of the government spying on the press, has revealed the scale and ambition of this vast surveillance, the arrogance that lies at the root of it.

The hubris and the impulse behind it, aims to obliterate the privacy of everyone. It can't be described except as a nightmare being brought to life: global in the sense of covering the whole planet, but also global in another sense of the word, penetrating the private fabric of life, as people go about their lives. It's like a war that's been declared on everyone, an engulfing reality. Angela Merkel, the conservative leader of Germany, remarked that Obama's setup reminded her of the Stasi, the former East Germany's  Ministry of State Security.

Richard Clarke, the former counter-terrorism advisor to two presidents (Clinton and Bush Jr.) said the technical knowhow exists now to hack the computers of more modern cars, taking over the control of the vehicle from the driver. This was covered in Huffington Post a few days ago. "There is reason to believe that intelligence agencies for major powers" -- including the United States -- know how to remotely seize control of a car", Clarke is quoted as saying.

The question has to be asked now. Who or what is really running the United States? Was Michael Hastings murdered because of the offense he gave to Gen. McChrystal, leading to the general resigning his command in Afghanistan? Did retribution come years later because this breach of journalistic code happened, a code that was presumed to mean that when the general was a little drunk, and running at the mouth about what he really thought of Obama, his civilian commander, the reporter doing the interview was not supposed to publish it, word for word? Or has the task of assassinating people, and targeting them, been parceled out to more than a few agencies--government/military/business--to select their own victims as they see fit?

Hastings had received death threats after the McChrystal interview came out.

Who is being served?-- and who is the master of this house? One of the most astounding facts revealed by Edward Snowden, employee of Booz Allen Hamilton, former analyst and systems administrator at the NSA, is that a corporation like Booz, a contractor working for the super-snooping NSA, has been granted the authority to issue top security clearances. And there are now something like 1.4 million Americans in our security state who hold top security clearances. Corporations can issue top security clearances; and as an example of how chummy this business and government relationship is, former Booz people have been put in positions of leadership in this intelligence service octopus we have here.

June 18th: an explosion was heard sometime after 4:00 AM, in an LA park among rows of palm trees; and the car's engine was thrown 100 feet from the vehicle, according to an eyewitness. And Michael Hastings died in the fire. But what he has sacrificed is yet to be appreciated; and what we have all lost who call ourselves American is yet to be understood.