The Interregnum Revisited by Copeland Morris

"The absence of objection on the part of the American public and the American media suggested that the truth did not matter, that motive was irrelevant, that the Bush Administration was free to do as it pleased".
--Lewis H. Lapham (From NOTEBOOK, the demonstration effect, Harper's Magazine, June 2003)


Conscience is blunted by silence. And corruption is swift to advance in American public opinion, through an unapologetic indifference to lies. "Disasters sent by the gods cut short our follies in a flash", Robert Fagles writes, in his translation of Antigone. And under the shameful circumstances, reluctant citizens may admit that the Bush Administration has lost all respectability, and has been evasive, mendacious, and incapable of moderation. It does not escape the public mind that there has been ballot tampering, judicial connivance, invisibility of suspects under detention, and a war in Iraq which was made possible by cynical misrepresentations to Congress and the people. This White House has now become both transparent and sinister; and it stands to reason that catastrophe is its best friend, that havoc on the heads of immigrants and the hijacking of our personal lives into databases are only a few of its trespasses.

The Interregnum is an essential concept: a political term familiar to Roman Antiquity. It describes an interval of time when the legitimacy of government has broken down.It may be a metaphor in our present situation; otherwise it could be a long, dark night for many of us. Moral validation is absurd if it makes fanatics of us. But it can happen here. We can stumble if we are unwary. In more ways than one, it's possible to repeat the history that has not been learned. We are potentially Roman and we should admit that much. Like them we might contemplate a regime that has passed away and nervously await the legitimacy of government, as it returns to us. We don't want to mourn the loss of our Republic or feel ashamed when we consider the moral incoherence of preventative war. Dissenting voices will seem more poignant in retrospect if we fail to hear them now. Unspeakable recognition occurs most clearly at the instant when The Interregnum is understood as real.
Posted by Copeland at June 18, 2003 No comments:

The Abyss Of Hysteria, Be Warned

In a story that was run in Alternet, entitled The Silencing of Dissent on Graduation Day, By Amy Goodman and Chris Hedges, Democracy Now! (May 22, 2003) Hedges' address to the class at Rockford College, Illinois, was cut short by the antics of a handful of the graduating class. Hedges, a long-time War correspondent and Pulitzer Prize-winner, who reports for the New York Times, was soon speaking without a microphone (it was cut). His address had to be curtailed; and out of concerns for his safety he was escorted from the hall by campus police.

In the Goodman/Hedges article, Hedges answered a question about the response of The New York Times in this way: "Well, they're looking into questions of whether I breached protocol in terms of my very pointed statements about the Iraqi War. I mean, that's something that makes them uncomfortable". He goes on to say that he didn't think his book, War Is A Force That Gives Us Meaning (on which his address was based) , was a problem for them in itself.

The reader who takes a look at the text of his speech (in The Rockford Register Star Online) will more likely come to the conclusion that the response of his editors was odd and disturbing.
Posted by Copeland at June 14, 2003 No comments: 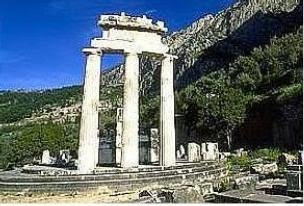 I've got a good book to suggest: Chris Hedges' autobiographical, contemporary history, "War Is A Force That Gives Us Meaning". In this book he says, among other things that, "War leaves behind not memory but amnesia". There is that violence that remains in the psyche and a legacy of pain that is impossible to calculate. But people try to bury and revise history. They forget. Some have already begun to forget the crimes, the lies. But Chris Hedges' book reminds us of the pity of war.
Posted by Copeland at June 11, 2003 No comments:

"Even under the most crushing state machinery courage rises up again and again, for fear is not the natural state of civilized man" --Daw Aung San Suu Kyi, Freedom From Fear


"Sometimes it is better to have the people of the world on your side than the governments of the world" --Daw Aung San Suu Kyi
Posted by Copeland at June 10, 2003 No comments:

"Saints, it has been said, are the sinners who go on trying. So free men are the oppressed who go on trying and who in the process make themselves fit to bear the responsibilities and to uphold the disciplines which will maintain a free society." --Daw Aung San Suu Kyi, Freedom From Fear
Posted by Copeland at June 10, 2003 No comments:

"My subject is War, and the pity of War.
The Poetry is in the pity" --Wilfred Owen
Posted by Copeland at June 09, 2003 No comments:

Near sunrise they lean back. As headlights blink,
A bus pulls out. Inside, the boys still shivering,
Still slumped, withdraw into silence in their coats.
While dawn is red the color seems to flee
Invisible flesh and scandalize December.

And it would be better if there were secret messages
To capture the misgivings of these sombre children.
Draftees who suffer obscurity, uncomprehending,
Begin with nothing else; but they don't cry
Or disarm those who will never be recovered.

"Letters from the next of kin to newspapers
Arrive each week"...
Posted by Copeland at June 09, 2003 No comments: