AN END OF THE IRAQ WAR IS ANNOUNCED AMID STRANGE ACCOLADES


There is no proper farewell that can be said to the people of Iraq that would not announce reparations, that would not include expressions of remorse, along with an admission of crimes committed and wrongs done by the US military. President Obama's official ceremonies marking the end of the war were occasions for broad smiles and declarations of unqualified success.

What was begun with bravado and a disregard for the deaths and suffering of Iraqi civilians, has ended with the same superficial rhetoric, the same military preening, the same myths, the same contrived proofs to justify the war and its horrible toll of torture, grief, maiming and killing.  Perhaps a permanent war economy is what Obama and the US Generals meant by using the word, success.

This kind of war spreads beyond Iraq, with constant adaptations and a fluid concept of enemy; with its battlefield declared to exist almost anywhere, including our own country; and this is what has made possible the militarization of our whole society.  The legacies of our presidents are intrinsically arranged by making war and have their origins in violence.  Neither George W. Bush nor the current president, Obama, is to be satisfied with the destruction of one foreign country only, or the deaths of thousands upon thousand of innocents, or the bombing into rubble of works built by the labor of generations. And governments are their targets: some of these are changed, others erased. And the societies are ordered to conform, or else face chaos and disintegration.

The horror of Fallujah doesn't bother "no shock" Obama, as it didn't bother Bush; not the dogs howling during the attack, nor the smell of death saturating the city, a place described after the siege as "a city of ghosts". Bedridden invalids, white-haired husbands and wives, were shot to death in their beds. Families were machine gunned while trying to swim to safety. Boys were denied the opportunity to flee the city with their parents because, for the sake of revenge, the Americans had marked them for death; and one of the young ones was photographed dead, lying face up on the sidewalk, still clutching in his right hand the white handkerchief, with which he tried to surrender.

These wrongs to which we are all answerable cannot be evaded, they cannot be covered over with bluster or national piety; and we remain responsible for holding our leaders responsible.

Chris Floyd is eloquent as he writes about this, and comes directly to the point:

The divorce from reality here is beyond description. It is only the all-pervasiveness of the disassociation that obscures its utter and obvious insanity. There is something intensely primitive and infantile in the reductive, navel-gazing, self-blinding monomania of the American psyche today. Think of the ancient Greeks, who constructed their psyches and their worldview around an epic poem, the Iliad, that depicted their enemies, the Trojans, with remarkable sympathy, understanding and insight -- while depicting their own leaders as a band of shallow, squabbling, murderous fools. Here was a moral sophistication, a cold-eyed grasp of reality -- and a level of empathy for one's fellow human beings -- far beyond the capacity of modern American society, and infinitely beyond the reach of the murderous fools who seek to lead it.

Democracy and empire cannot coexist. By the time the plutocrats took control of Ancient Rome, they too had stopped paying taxes, and destroyed the republic in pursuit of their selfish aims. They too were intoxicated with the plunder, the profits of military exploits, the pure rapine, the sights of destruction and submission in the Colosseum , the lust of the eye. In the 21st Century, the financial terrorism we are seeing is about constructing obedient and submissive subjects; and it, too, is war waged by other means. This financial malevolence is not only tolerated by our political class but also facilitated by them, because they are willing to sell their services and betray the people. They and their masters have no moral compunctions; and will not hesitate to use war, state terrorism, and financial anarchy, to make slaves of the rest of us.

Our country failed in Iraq. Our leaders told lies about the reasons for going to war. And we were defeated in Iraq because we fell into depravity in that country. And to not be clear in our minds about that war's depravity, is both unacceptable and dangerous, because it invites a deeper defeat.


This bill authorizes permanent warfare anywhere in the world. It gives the president unchecked power to pursue war. It diminishes the role of this Congress. The founders saw Article 1, Section 8 of the Constitution, which places in the hands of Congress the war power, as essential to a check and balance against the executive abuse of power. This legislation diminishes Congress’ role in that regard.

This legislation authorizes the military to indefinitely detain individuals without charge or trial, including the detention of U.S. citizens on U.S. soil. In short, what this bill does is it takes a wrecking ball to the United States Constitution and gives enormous power to the government or the state. I want friends on both sides of the aisle to understand this; we are giving the state more power over individuals with this bill. It’s the wrong direction.

A TRIBUTE IN MUSIC TO BRADLEY MANNING 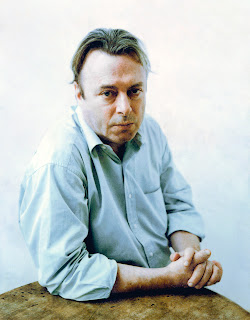 "The evil men do lives after them; the good is oft interred with their bones." --Julius Caesar

Hitchens could, even near the end of his life, write an essay about Lincoln, that did not bear any of the affectation of his public performances. After 9/11 he went nuts and lost his bearings, in a kind of anti-fundamentalist fundamentalism; but in his time he spoke with some eloquence and wit against Reagan and all his works, against the murderous reign of the death squads, against Kissinger. This does not mitigate the sense of loss about his deterioration in the public square; yet it seems to me that he was once a comrade against authoritarian madness, and fought against injustice in his own fashion. How Hitchens fell into justifying the Iraq War and the Islamophobic worldview, is perhaps explained in terms of a nervous breakdown. I don't know; but it seems such an incomprehensible departure from what once issued as reason from him.

What has been said about his vanity and ego is probably true, along with the dogfight-like debates, which were by no means the best of him. I remember reading his essays many years ago, and thinking that he was a good man to have in our corner.

Despite the vehemence of our debates, both public and personal, he and his saving grace and wife, Carol Blue, held a gathering at their home to discuss a book I wrote on the subject. This was a man unafraid of intellectual challenge and committed to pursuing the heart of the matter.

That was his driving force, a seeker of truth to the end, and a deservedly legendary witness against the hypocrisy of the ever-sanctimonious establishment. What zeal this man had to eviscerate the conceits of the powerful, whether their authority derived from wealth, the state or a claim to the ear of the divine.

Hitch was the opposite of the opportunistic pundits who competed with him for public space. He took immense risks, not the least in offering himself for waterboarding before concluding it was unmistakably torture, or challenging the greatness of God, knowing full well that he was exposing himself as an object of wildly irrational hate.

To watch the kind of dissipation Hitchens went through is painful, with his former self blurring in the process.  There was too much drinking, too much grandstanding, too much desire to play the enfant terrible of the Left. Who can occupy such a personal space of ego while our history every day grows sicker? But it is my instinct to feel sad for him, for the fall any human being may suffer, to remember his acts of personal courage, and his talent which once counted for something.
Posted by Copeland at December 16, 2011