The roof and wall subsided with storm
For a miracle in your grasp, still being alive.
Prepare then a way for me by cloud
And by rain. The new light. It enters
The broken half of a house. You won't
Give up on me too soon, I hope,
By way of Jordan, pale jasmine.

This is how you enter a sacred place
On brittle stalks, the soothsayer's white
Miniatures. This is how you have prolonged
Your embrace, beckoning to me: absorbed
In the perfumed letter that took so long
To catch my attention. The crease in the envelope
Turning my eye to the long curve of your fingers. 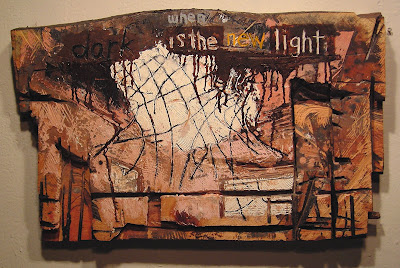 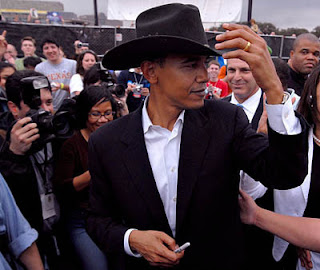 It should not be forgotten that the US has elected the first African-American to be president. Virginia voted for Obama, the flagship state of the Old Confederacy. The new electorate could be seen dancing and getting rowdy on Pennsylvania Avenue. The million American faces who were cheering in Grant Park in Chicago must indeed offer a new testimony about the core character of our nation.

It was transcendent to hear Obama evoke the words of Lincoln.

“As Lincoln said to a nation far more divided than ours, we are not enemies but friends. Though passion may have strained, it must not break our bonds of affection.”

My friends and I felt the inspiration of election night. There were tears around the television. Grayson Harper, my friend of some twenty years, exclaimed "Now we won't have to flee [the country]".

We are not the same nation we were. Democracy is not static, as President-Elect Obama said in his acceptance speech. It's no mystery to me why he stood alone on that stage to give that speech, or why Jesse Jackson was weeping. It would not occur to me that these last years of national humiliation and crime in high places would not in some crucial sense transform the way Americans think.

We are walking on Cloud Nine right now, and understand that the world as it would have been under McCain & Palin's control has passed away. Our friends across the world should be encouraged that a more responsible, and civic-minded administration is coming to Washington.

The nightmare world is crumbling. Bush and Cheney will soon be out of office.

We have won a victory over a certain kind of tribalism, and a we have seen the groundswell of democracy. This democracy is about accepting American life with all its diversity. And our newly elected president made a point of touching on that , as he acknowledged the will of the people.
Posted by Copeland at November 05, 2008 No comments: